10 Cryptos With The Highest Selling Values In 2022

When it comes to investing in the crypto market, many people focus on short-term gains. They try their best to anticipate which digital currency will perform well in the next few weeks or months.

But what about looking further ahead? How can you identify the potential winners in the long run? We see new coins launch almost every day and many of them fail because they are only focused on short-term success.

Instead of trying to catch the next big boom, you need to look for long-term value. That way, your tokens won’t become worthless once the hype dies down and token holders dump their holdings at a loss. In this article, we list 10 cryptos with the highest selling values in 2022.

Ripple is one of the most famous cryptocurrencies. It’s a payment network that allows people and businesses to exchange money in real-time. You can use it to trade a variety of assets and currencies.

Ripple’s operating system is actually more efficient than the SWIFT system, which is used by the majority of the world’s banks. Ripple’s price has increased dramatically over the last two years, but many people still don’t understand what the network does.

Many investors expect Ripple to grow further in the future and provide them with a healthy return on investment. By 2022, Ripple’s token, XRP, could have the highest selling value in the entire crypto market.

Bitcoin is the first cryptocurrency ever created. It is often referred to as the “king of all coins” because it was the first to enter the scene and perform well. Bitcoin’s token, BTC, is the most widely accepted digital currency in the world.

More businesses accept BTC than any other altcoin. It’s also the most liquid asset in the market. One of the main reasons why BTC is so valuable is because it has the most daily trading volume in the world.

This shows that people aren’t just buying and selling Bitcoin for short-term gains. Instead, they are holding on to their tokens for longer periods in order to take advantage of the long-term price increase. In 2022, Bitcoin will be 10 years old.

This means that it has just entered adulthood. Many experts believe that this is when BTC will finally become a true “world currency.” If this happens, Bitcoin will definitely have the highest selling value in the entire crypto market.

Ethereum is the most flexible platform for creating decentralized applications. It was designed to create an entire ecosystem of apps and services. Investors like Ethereum because it has the potential to expand beyond its current functionality.

The platform can be used to develop and launch decentralized applications (dApps) in a variety of different fields. As the Ethereum network grows, the demand for ETH will increase as well.

That’s why this token is currently one of the most valuable cryptocurrencies in the world. In 2022, if Ethereum manages to achieve its full potential, it will certainly have the highest selling value in the crypto market.

Developers are currently working on a variety of new projects that could take the dApp ecosystem to the next level. The Ethereum network is also being improved with the upgrade to the Ethereum 2.0 system. Once these advancements are completed, the price of ETH will likely increase significantly.

Litecoin is often referred to as “silver to Bitcoin’s gold.” It was created as a cheaper and more efficient alternative to Bitcoin. Litecoin has a much shorter block time than BTC. This means that the blockchain can confirm transactions more quickly.

Litecoin also has a larger supply than Bitcoin. This token was created to be used for daily purchases, which is why it has a lower value than other cryptocurrencies. Litecoin has the potential to be used in a variety of online industries.

It can be implemented into shopping carts, payment processing platforms, and other eCommerce systems. This coin could become the leading altcoin if businesses start to adopt it as a standard payment method.

In 2022, if Litecoin really begins to catch on, it could have the highest selling value in the crypto market.

Bitcoin Cash is a fork of the Bitcoin network. It was created by a group of developers who disagreed with the idea of increasing the block size of Bitcoin. BCH has lower transaction fees than BTC.

It also has a larger block size, which means that more transactions are confirmed each second. Because BCH is more efficient than Bitcoin, many investors believe that it will one day replace BTC as the world’s leading token.

If this happens, BCH would have the highest selling value in the crypto market. However, a lot of people also think that BCH is just a “temporary fork” that won’t last long in the long run.

The token is much younger than BTC and hasn’t proven itself on the market yet. Unless Bitcoin Cash starts to gain adoption, it will likely remain a smaller token with a lower selling value.

EOS is a decentralized application platform that allows developers to create and launch new apps. The EOS network is designed to scale massively and support an unlimited number of users. It’s also a very flexible platform that can be used for a variety of different industries.

EOS has been called the “Ethereum killer” because it has the potential to outperform Ethereum as the leading dApp platform in the world. If this happens, EOS will certainly have the highest selling value in the crypto market.

However, it’s important to note that EOS hasn’t been released yet. The development team is still working on the project, and it might take a few years before it’s fully operational. Until then, EOS will be less valuable than other tokens that are already operational.

NEO is China’s first-ever decentralized application platform. It also uses a proof-of-stake consensus mechanism, which means that it’s totally decentralized and free from government intervention. NEO has the potential to become a “bridge” between the East and West.

It can allow developers to build blockchain apps in both Chinese and Western languages. This token could become the most valuable crypto in the world if the Chinese government decides to adopt it as the country’s official blockchain.

If the NEO team manages to achieve its full potential, NEO could easily become the top token in the crypto market. It already has a strong foundation, a large team of developers, and a ton of industry partnerships.

If NEO also gets adopted by the Chinese government, it could easily become the top token in the crypto market.

Cardano is a decentralized blockchain platform that’s being built from scratch by a team of expert engineers and researchers. This token is being built with the goal of becoming the “first-ever third-generation blockchain,”

which means that it will have all the strengths of previous generations without their weaknesses. Cardano is a very ambitious project, but the team behind it is extremely qualified and experienced. They have set the bar extremely high and have ambitious goals for the future.

If Cardano actually meets these goals, it will certainly have the highest selling value in the crypto market. Cardano is another ambitious project that is being built from scratch.

It has a very strong team and solid foundations, but it’s a lot more complicated to use compared to other tokens. If Cardano can become user-friendly enough for the average person to use it, it will definitely have the highest selling value in the crypto market.

IOTA is one of the most unique cryptocurrencies in the world. This token is actually based on a “tangle” network rather than a blockchain. The tangled network is a decentralized ledger that uses a mathematical concept called “discrete truncated hash function” to verify transactions.

This token is being used for a variety of different industries, including eCommerce, healthcare, and supply chain management.

It could also be used in Internet of Things (IoT) systems, which means that it will have real-world applications in the future. If IOTA really begins to catch on and achieve its full potential, it will easily have the highest selling value in the crypto market.

When it comes to investing in the crypto market, it’s important to look for long-term potential. Many investors try to catch the next big boom and make a quick profit.

However, this strategy doesn’t work if you don’t have the right tokens. If you can identify the tokens with the highest selling values in 2022, you can be sure that they will perform well in the long run. This article lists 10 cryptos

Ten Things You Should Know About Life Insurance

What are HHC Vapes? What You Need to Know 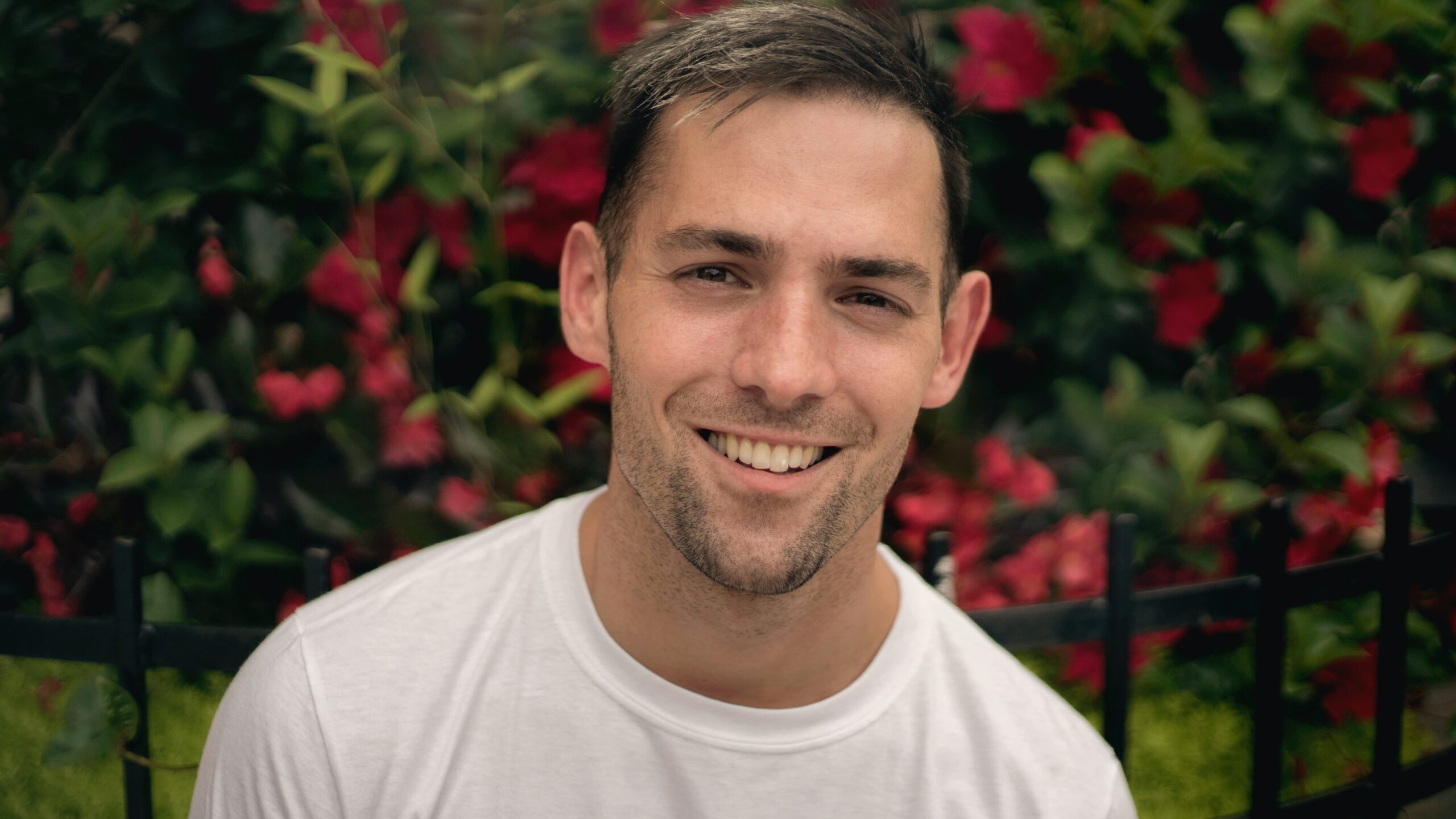 I'm a data analyst by day and a Netflix binge-watcher at night. I love teaching and sharing what I know with people. That's why I created this site. I hope you find my entries insightful.